When I thought of a New Year post, the title I used immediately sprang to mind. I wasn’t sure who I first heard this expression from, so I googled it and it appears that a famous motivational speaker, Joel H. Weldon may have coined the phrase. But I never heard Joel speak, so that wasn’t where I heard it, although I give Joel full credit if he is the originator.
Whoever it was that told me—I thank them, too. Because they brought it to my attention and it sums up my feelings for each new day of each new year. 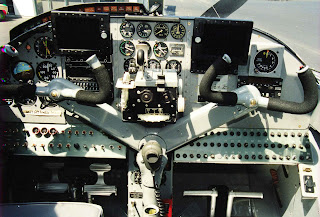 This doesn’t mean that I don’t believe there’s a lot to be learned from experience. In fact, I would say that experience is my best teacher. Sometimes a social grace, a theory, seems vague or inapplicable to my life. Then I do something stupid. Whammo—lesson learned.
The way I look at it, learning the hard way is better than not learning the lesson at all.
But once the lesson is learned, it’s part of me today. I don’t have to look back again and again, reliving the moment. I’m moving on. Until Jules Verne or Dr. Who or someone else brings me a time machine, the past is the past and there’s no sense stewing in it. Sometimes the mistakes I’ve made were things I’d truly do differently, if I could.
But I can’t.
And I know I will continue making mistakes, hopefully just not the same ones!

What does this all mean for writing in 2013?

As a writer, I have the chance to revise my plot lines. A luxury I don’t have in the real world. But once I hit the send button to an agent or editor, the manuscript is out of my hands. At first, I found myself agonizing over plot twists and tension raising devices I thought of after the fact. I stopped submitting. I read each manuscript aloud a second, a third time, and put each away again.
But that’s just more writing time wasted.

I can be a worrier or a writer, but unless I’m going to make a career of re-writing old Seinfeld episodes, I can’t be both. And I’m a writer. 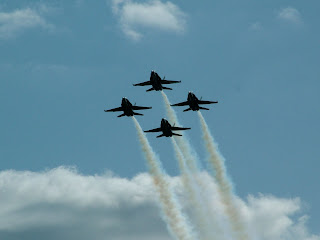 So, I’ve ripped the rear-view mirrors off my computer monitor and I’m blazing forward into 2013. This year, if I'm using a mirror it's going to be to deflect a laser beam or make sure I remembered to brush my hair before I dash out the door. The manuscripts that I’ve been holding back out of worry whether they’re good enough, timely enough, fresh enough, they’re going out on submission! I’ve got to trust my critique partners enough to think they won’t let me make a fool of myself. I’ve got to trust myself enough to believe the stories will resonate with someone. Maybe not someone at the first agency or house that reads them (although that would be nice) but with someone somewhere.

Come join me for the ride! Turbo boosters engaged…


To celebrate my New Year's resolution of blazing into the future, trying new things, next week I'm offering a book giveaway. Check back with me then. Something to look forward to already!
Posted by Wendy at 5:41 AM